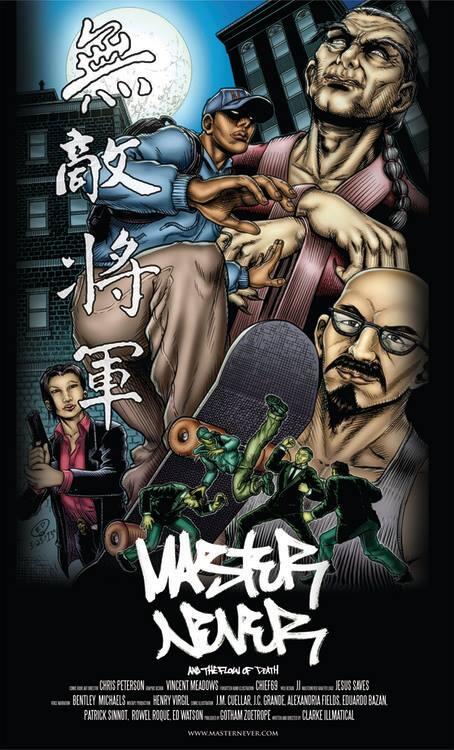 MASTERNEVER AND THE FLOW OF DEATH - by Clarke Illmatical (ILLUSTRATED NOVEL)

Arious is a vigilante superhero in Chinatown, New York, who really wants to be a graffiti writer and go All-City. On his 19th birthday, his martial arts teacher, Chen, sends him on a quest to decipher a mystical document known as The Scroll of The Masters. Unfortunately, an evil wizard in Chinatown has resurrected several ancient Kung Fu masters' souls and instructed them to stop Arious.

Your purchase was successful!

We charged your card and sent you a receipt

Good news! Since you already have a Gumroad account, it's also been added to your library.